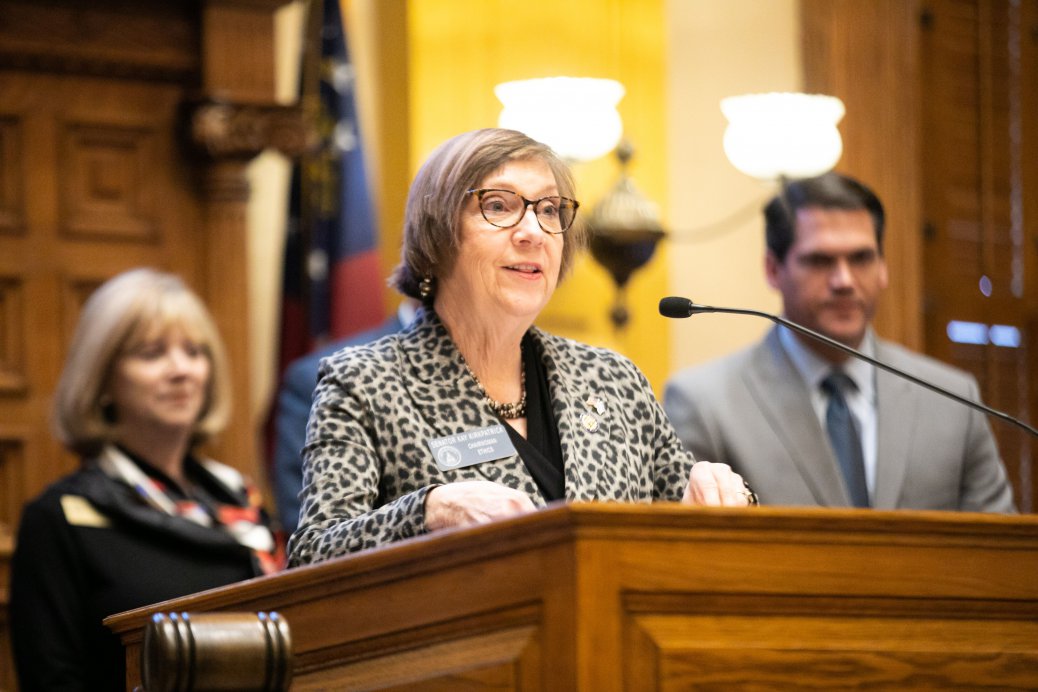 A Cobb County senator said she wants Georgia to better regulate cosmetic surgery centers, where botched procedures have taken a number of lives in recent years.

State Sen. Kay Kirkpatrick, a Marietta Republican, said “medispas” receive business licenses through the secretary of state’s office, but — because they are not categorized as health care facilities — don’t have to adhere to state regulations.

“In other words, they’re licensed the same as a nail salon, tanning booth or sauna,” said Kirkpatrick, who is an orthopedic hand surgeon. “Therefore, they’re not regulated by (the state Department of Public Health’s) health care facility regulation unit.”

Senate Bill 323 aims to make it so any medical professional sedating a patient to perform a procedure that is not in a hospital or surgery center must adhere to standard rules and regulations that will be established by the Georgia Composite Medical Board.

Kirkpatrick made a case for the bill by pointing to the deaths of two women within months of each other in 2013 after undergoing cosmetic medical procedures at a Kennesaw facility. The doctor lost her medical license, and she and an assistant initially were charged with murder, but law enforcement eventually dropped the charges.

“The facility did not have appropriate personnel or equipment, and they were doing procedures like liposuction,” she said. “The details of the cases are horrific.”

Sen. Kay Kirkpatrick, R- east Cobb, serves as Chairman of the Senate Ethics Committee and as a member of the Senate Health and Human Services, Insurance and Labor, and Veterans, Military and Homeland Security Committees. She has more than 30 years’ experience as an orthopaedic hand surgeon.